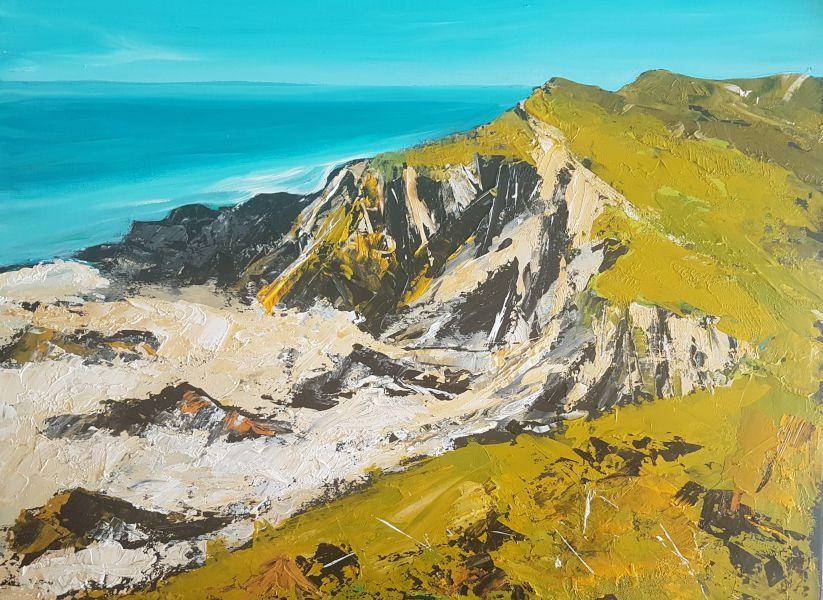 Scottish artist Morag Lloyds has built a fine reputation and is represented by many galleries throughout Scotland. Her distinctive scenes of wide bays, strands and islands along the West Coast of Scotland evoke the light and shimmer of the settings which she captures with her trademark palette of ochres and blues.

Recently, Morag has widened her repertoire having discovered the drama and charm of our English West Country Coast.

Her paintings are full of life and strongly textured. You readily feel part of the scene.

Steam Gallery was approached by Morag to see if we would become “a Southern bastion” for her work. We were pleased to accept. 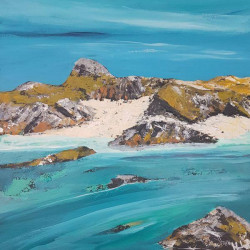 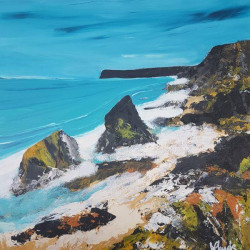 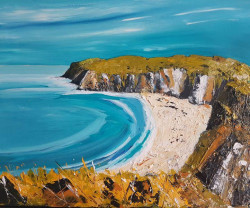 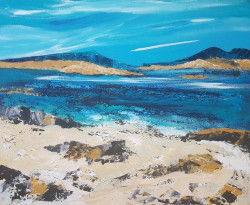 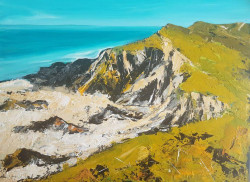 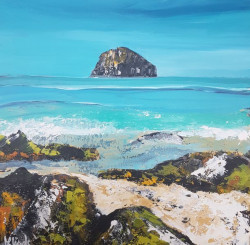