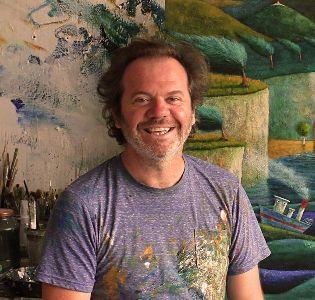 Adrian Sykes was born in 1970 and studied at Bath College of Fine Art. Based in Bristol, his Jamaica Street studio is in the heart of the city’s centre of creativity. Constantly looking for new inspiration, Adrian travels extensively. Most of his work is inspired by landscape and architecture. His paintings transport the viewer into a somewhat surreal world of quirky and sometimes humorous settings.

“My paintings focus on the fascinating land of the imagination where I transport the viewer into a world of humorous and quirky characters as they play out their story on the landscape. I stamp my idiosyncratic style on my favoured subjects: buildings, and shine on them a new and interesting light.” 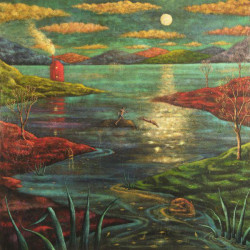 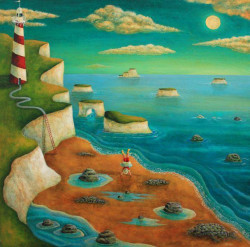 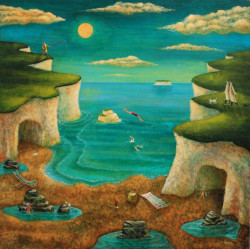 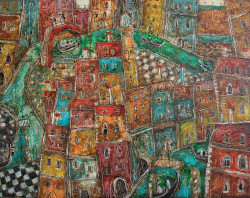 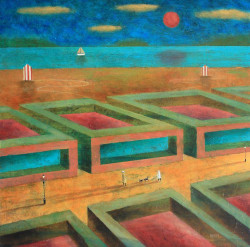 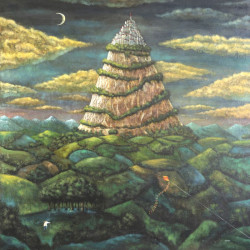 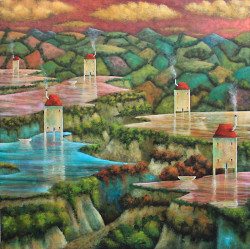 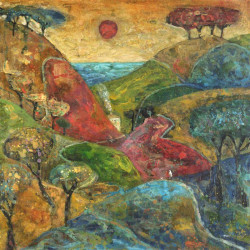 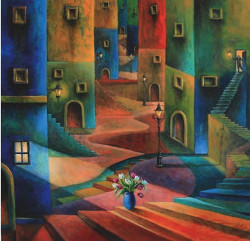 SOLD How the Light Gets In 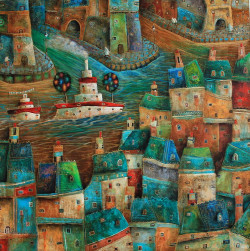 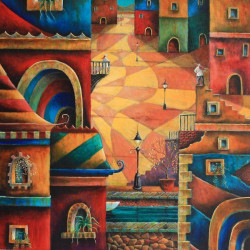 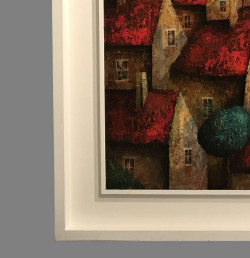 Typical Adrian Sykes framing style. Adds 19 cm to the height and width of the painting. 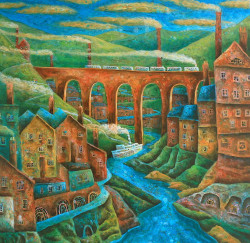