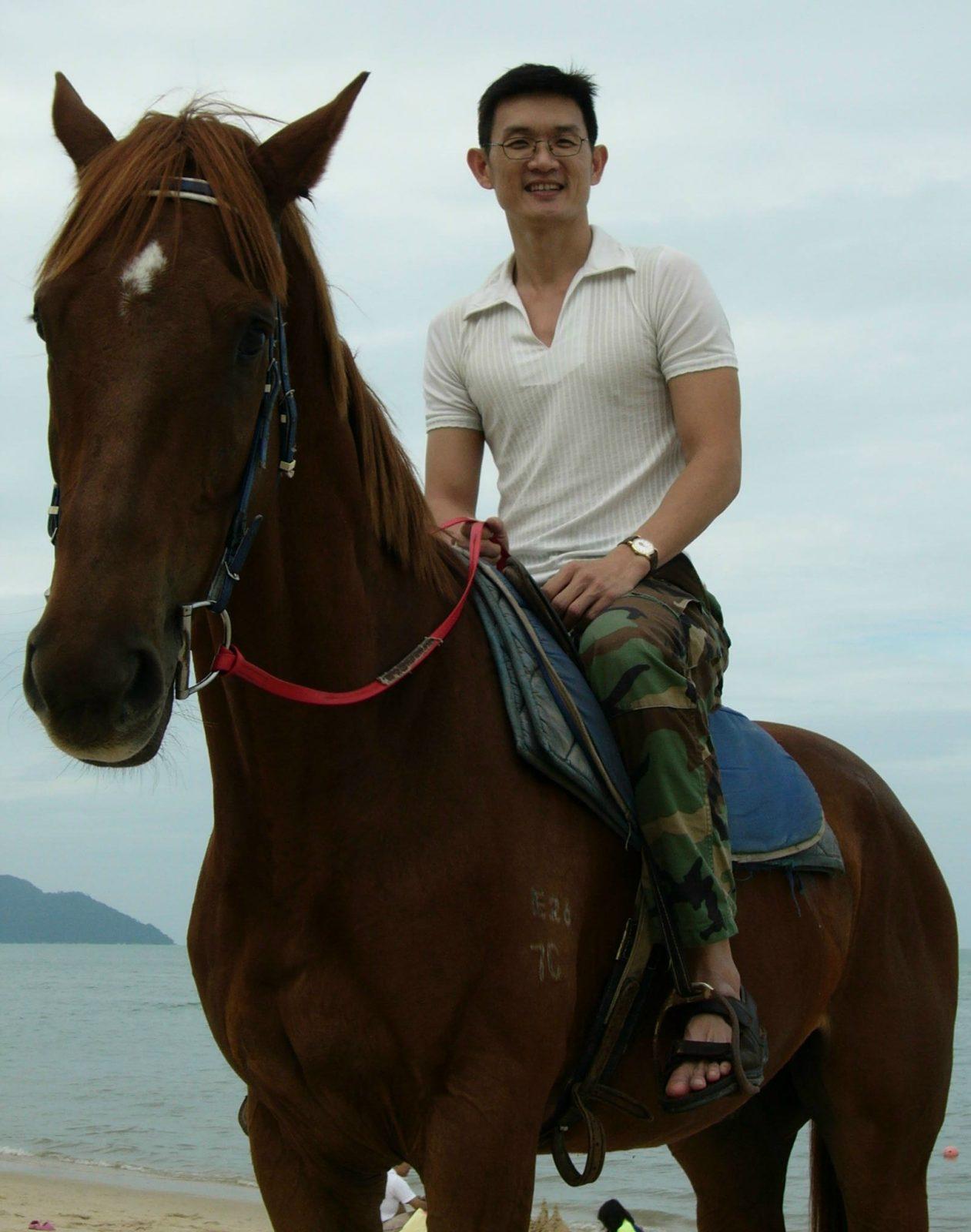 AH CHENG LIM
Cheng is a painter of repute from Malaysia. He trained at the Malaysia School of Art and has established an international reputation in the Far East for his complex and dynamic depiction of galloping horses, a theme he has developed to much acclaim over many years.
We were very taken with his paintings when we visited a recent exhibition in Penang. We invited him to produce a set of new works to be shown for the first time in London.
Cheng’s work is a fusion of traditional Eastern and Western semi abstract painting styles. He aims to strike a balance between traditional and modern. Through his rhythmical colours, ingenious coordination and melding of figures and lines he transforms the figurative horses into semi abstract figures full of movement and colour. They tremble with energy on the canvas.
Cheng says that “the uniqueness of my work is centred around impressions of movement and speed which I hope to achieve by my use of aggressive brush strokes strongly applied with oil paint on canvas.”
Cheng has staged numerous solo shows in Malaysia and Singapore and at art fairs in China, Hong Kong, Rotterdam and Singapore.
Marine House at Beer are pleased to introduce this exciting artist to Britain.