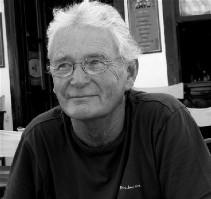 Born in London in 1938, David Farrant has built a reputation as one of the country’s finest figurative painters. Like Hopper or Vettriano, David is inspired by everyday scenes of human interaction, and he reproduces these against a living background of muted colours and complex shadows.

“I like to think my pictures work on two levels – firstly, and in a formal sense, as compositions in which strong tonal contrast, accents of colour and simplification of form are key elements. Secondly, and in a narrative sense, I hope they carry a mood and the possibility of an unfinished story which the viewer can share”.

After training at St Martin’s, David embarked on an impressive painting career during which he has exhibited at the Mall Gallery, the National Portrait Gallery and with the Royal Society of Portrait Painters. He has also undertaken many portrait commissions and has work in private collections all over the world. 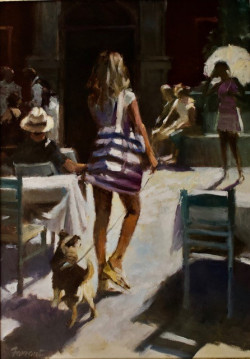 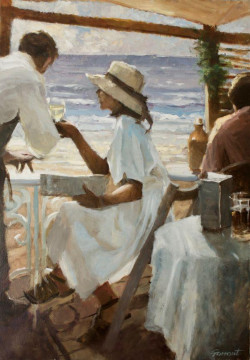 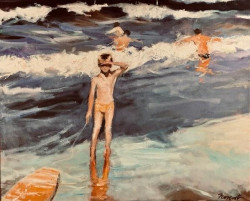 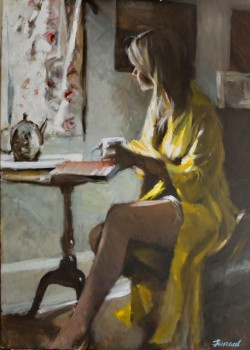 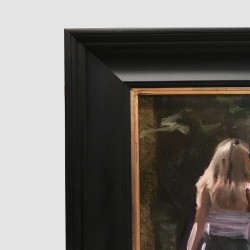 Typical David Farrant framing style. Adds 16 cm to the height and width of the painting.