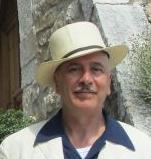 John Hammond trained at Wimbledon Art College before obtaining an honours degree at Bath Academy of Art in 1982. John has established himself as one of Britain’s finest acrylic painters. His impressionistic style conveys an elusive sense of place. Travelling at home and abroad he makes detailed sketches and notes; then returning to his studio he conveys the atmosphere of the various places he has visited through a sensuous play on light and colour and visual clues. From the rich landscape of south west England, to the glowing Amalfi Coast and vivid scenes of London, John is a true master of his subject.

“I always know a painting is successful if it tugs at my heart strings and pulls me back to a time and a place, to that first hand experience of the senses and emotions which calls to be painted, to be captured and shared.”

John's painting methods have been the subject of several books and a film. He has been elected a Fellow the South West Academy of Fine and Applied Arts (SWAc). Marine House has exhibited John’s work for several years with many very successful solo shows to his credit.

Watch two breathtaking time-lapse's of John painting some of his newest works - www.marinehouseatbeer.co.uk/video/ 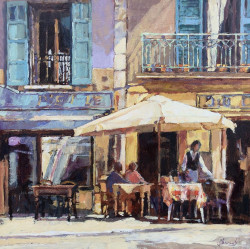 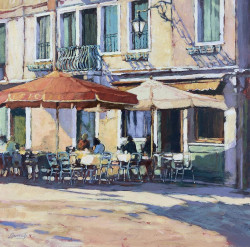 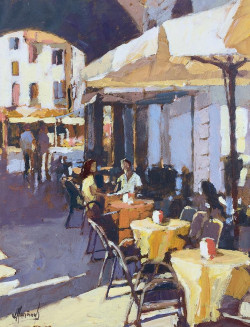 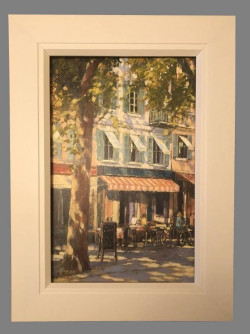 The paintings on this page are framed in this style. 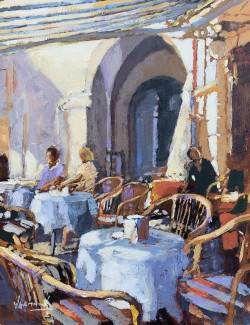 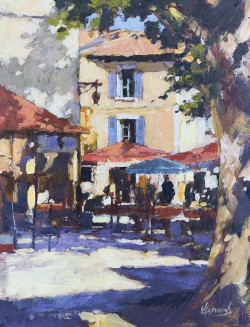 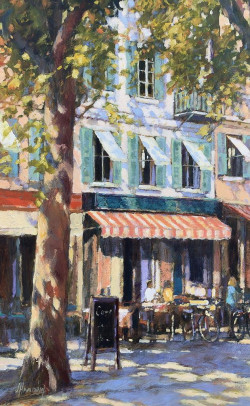 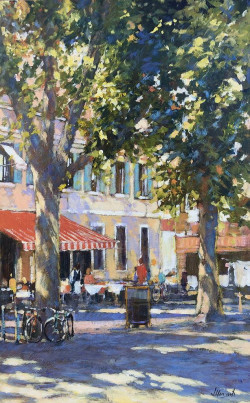 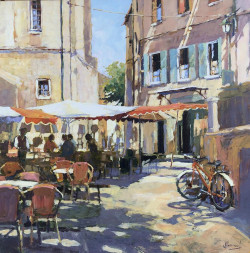 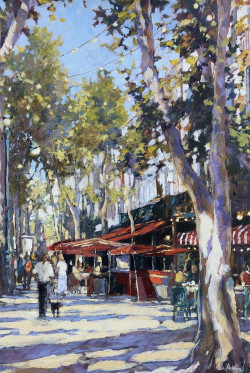