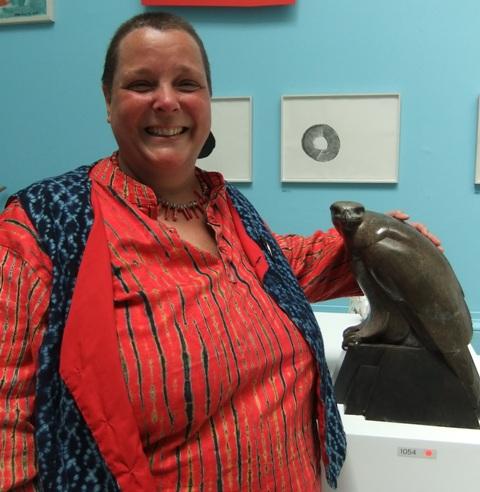 My natural history sculptures have until recently focused primarily on endangered British animals, and those that have made a comeback such as the Buzzard, Red Kite, Wild Boar and Raven initially in ceramic and more recently in foundry bronze. My most important wild life bronzes to date are a Buzzard and a Red Kite. They are life sized female birds to help the viewer appreciate their scale and presence.

Now based in Devon, I have been working in ceramics as a potter and as a sculptor since the early 1980’s, gained my Art Foundation in Cambridge in 1984 and have been sculpting full time since 2001. Stylistically I am influenced by early 20th century stone carving, particularly Art Deco whose clean form and line is very apparent in the Red Kite.

I exhibit regularly mostly in the South East and South West of the UK, including the RA summer show, British Museum, the Henley Festival, Windsor Contemporary Art Fair, a one woman show at the Turrill Sculpture Garden Oxford, the Natural History Museum Oxford, and the Mall Gallery London. I have won three awards for my bronzes, two of which were for the Female Red Kite, the best sculpture in show at the Wildlife Art Society International exhibition in Gloucestershire 2014 and the Brownston Gallery Prize at the South West Academy Summer exhibition 2016.

The original for the Female Red Kite took 9 months to make, largely because I try to get under the skin of any creature I sculpt. My bronzes are cast at one of the best foundries in the UK in Stroud, a very consuming and costly process. I oversee all aspects of the patination, as well as checking the waxes and metal chasing. Only this high quality patination can reflect the subtle colouring and dramatic richness of a Red Kite’s plumage, and is the primary reason I now work only in patinated foundry bronze. The crispness of the Art Deco inspired metal work invites the hand, and you are welcome to stroke the Red Kite.

I am currently engaged in designing and making several sculptures for Paignton Zoo concerning critically endangered savannah species such as Rhino and Vultures, and shall be making both sculptures and architectural features in a variety of mediums including cast iron, ceramic and stainless steel.

My ongoing British wildlife projects are of a mantling Barn Owl, a Kingfisher in a threat display and a stretching, yawning Fox, all to be cast in foundry bronze soon. 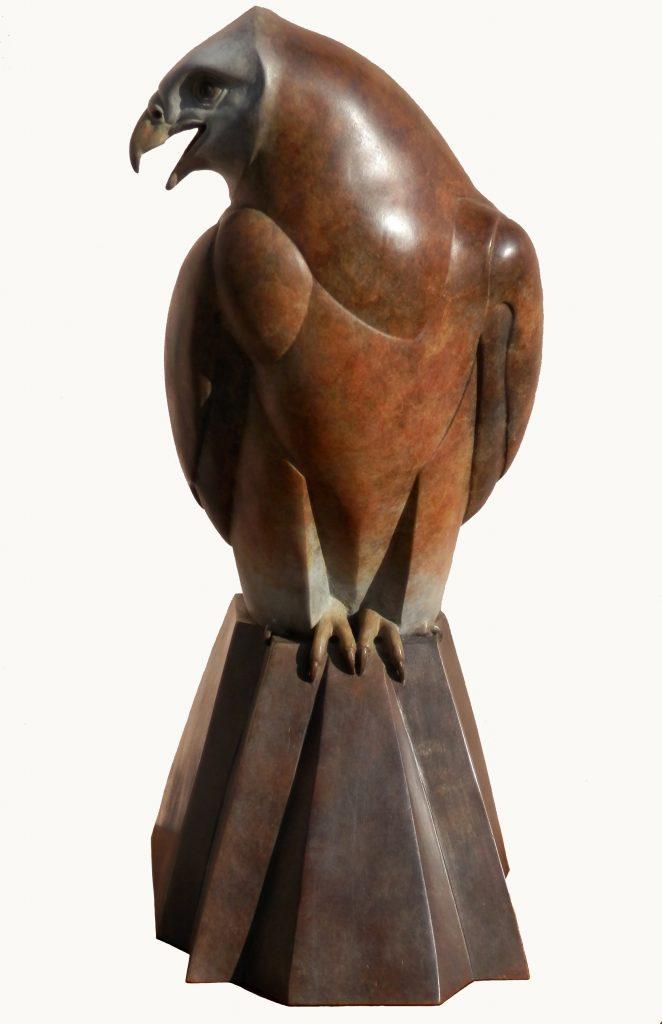