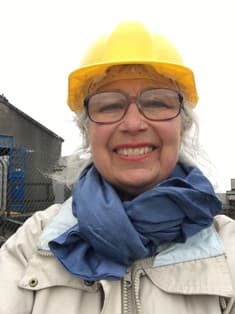 About the artist: HOME Devon

BACKGROUND AND TECHNIQUE
Carolyn was born in Cheshire and worked in London, Paris and Cornwall, these places influence her satirical observation of daily life.
She studied at Sir John Cass, Central St.Martins and Chelsea Schools of Art and has exhibited and taught widely in both 2 and 3D.
Carolyn says “I have always drawn and painted and it’s the ‘every day’ that excites; especially when we are at leisure…. The seaside being a favourite ( we all revert to childhood in its presence!)
I was once described as having a ‘serious sense of fun’ and that’s just how I like it! My paintings used to team with life, but now I take a closer view, the interaction draws me in. A fleeting glance, an overheard phrase….I am there…. And you are too! ”
SUCCESS
Major Group shows include:
The R.A
The RWA Selected Painters
The Mall Galleries
The Riverside Artists Shows in Moscow, St.Petersburg and Spain.
Newlyn Orion and Bath.
Carolyn has worked as an illustrator since moving to Wessex in 2001 with her painter partner. They have a grown up daughter who provided inspiration for her three children’s books. 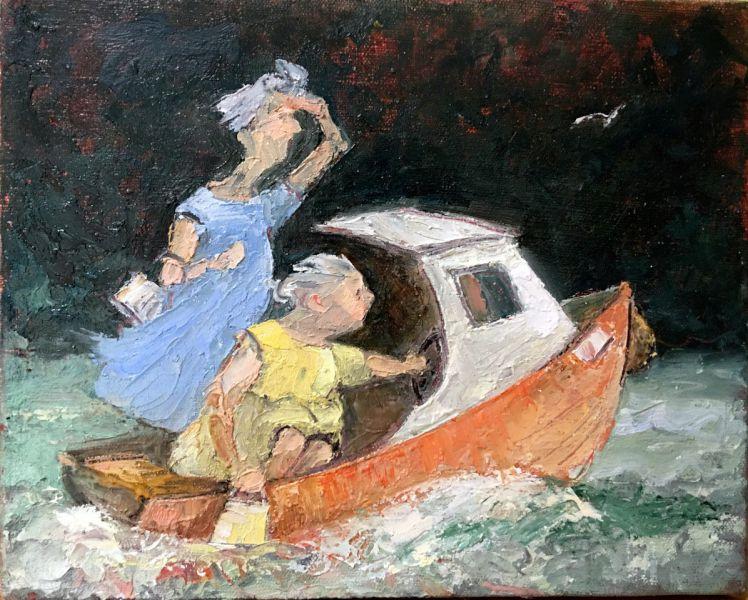 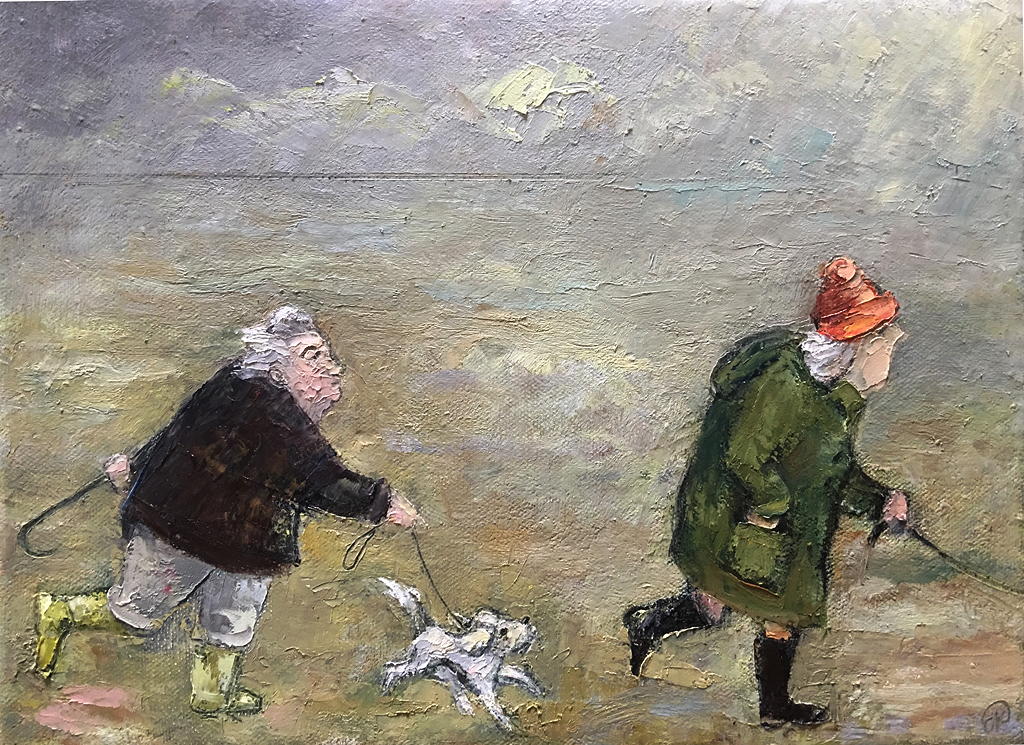 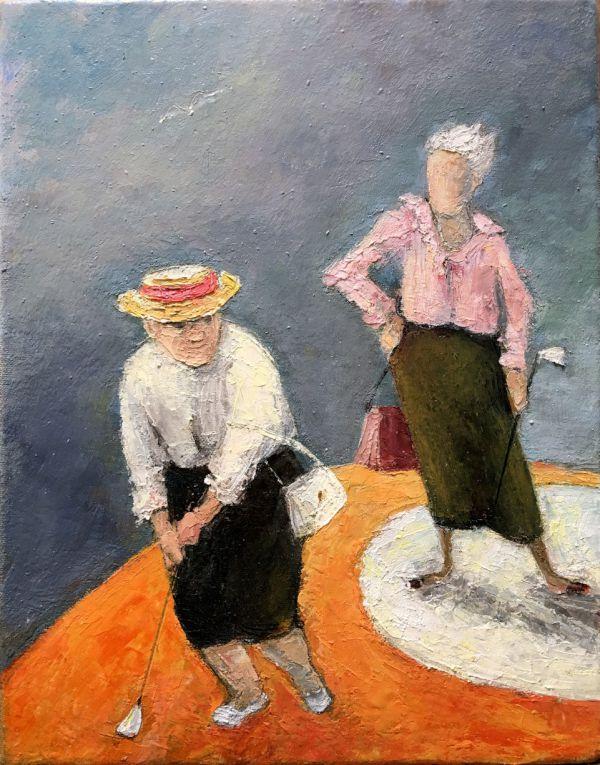 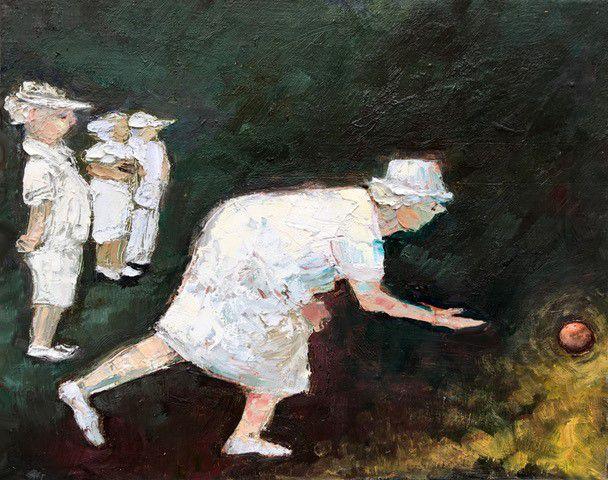 SOLD Shock of the New