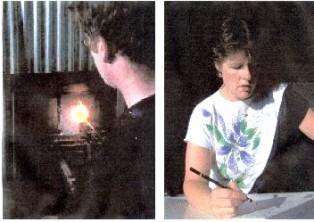 About the artist: Ed and Margaret Burke joined forces in the mid 1980s to create E & M Glass. They have been designing and making unique works of art for the table in their studio on the English/Welsh borders since 1988.

Ed studied at North Staffordshire Polytechnic where he gained a BA Hons. degree in glass design and is a master glassblower. He worked with several established glassmakers. Specialising in tableware. Ed uses strong colours and shapes and also does exclusive one off limited editions.
He has been consultant for the Arts Council of Wales since 1988.

Mararet Burke studied at North Staffordshire Polytechnic and with some well known glassmakers. She has exhibited extensively in many counries.
Commissions include: in 2003 the commemorative plinth at AON headquarters to commerate their 200 employees killed in the Twin Towers on Sept 11th, in 2003/4/5 the "everywoman" business woman of the year awards presented at Downing Street and in 2005 the awards for Entrepeneur of the Year and Director of the year.

She specialises in the cold working of glass, designing and embellishing a range of plates, bowls and glasses. She has developed a technique of etching through layers of coloured glass that are both contrasting and tactile. 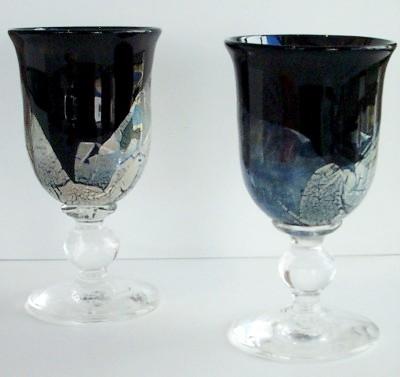 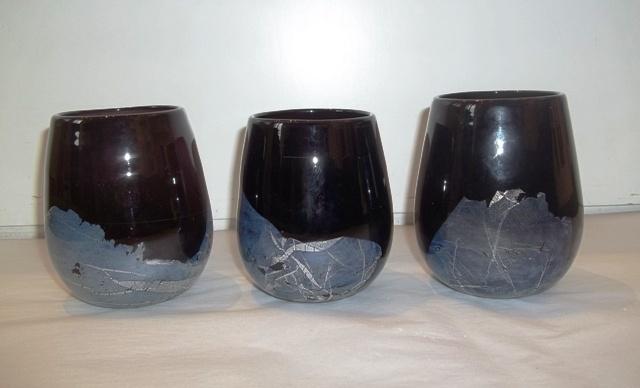