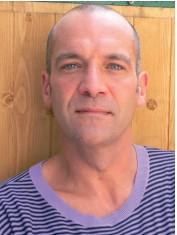 About the artist: Born in 1964 in Paris, Jean PIERSON formed a passion for drawing and painting in early childhood, perpetuating a long family tradition of painting.
After graduating with the French Baccalauréat, he studied art at the “ Ecole des Beaux Arts ” in Tours and later in Paris, where he obtained his diploma in 1989.
To support his desire for travel and painting, in 1984 he became associated with two painter friends and together, they specialised in large mural frescos and trompe l’oeil, carrying out both public and private commissions.
This experience, combined with a developing personal style structured by the learnings of past masters, inspired Jean towards exploring elements of geometry and balance of his imaginary compositions. This lead him to undertake architectural studies and he obtained his diploma at the Ecole Nationale d’Architecture of Paris-La Seine in 1999.
He lives now in Beziers (South of France). His oils on canvas convey the warmth of the colours of the “south” and the special luminosity in the landscapes which inspire him. He uses natural colours where we find all the nuances of the land, enhanced by a touch of brightness. The French magazine “ Côté Sud ” comments on his work “ the emphasis in his work is a play on shadows and light, doors and windows always open on an infinite space ”.
Since 1990, his paintings have been exhibited in art galleries in France (Paris, Versailles, l’Ile de Ré, Montpellier), in Senegal (Dakar) and in Germany (Dortmund). 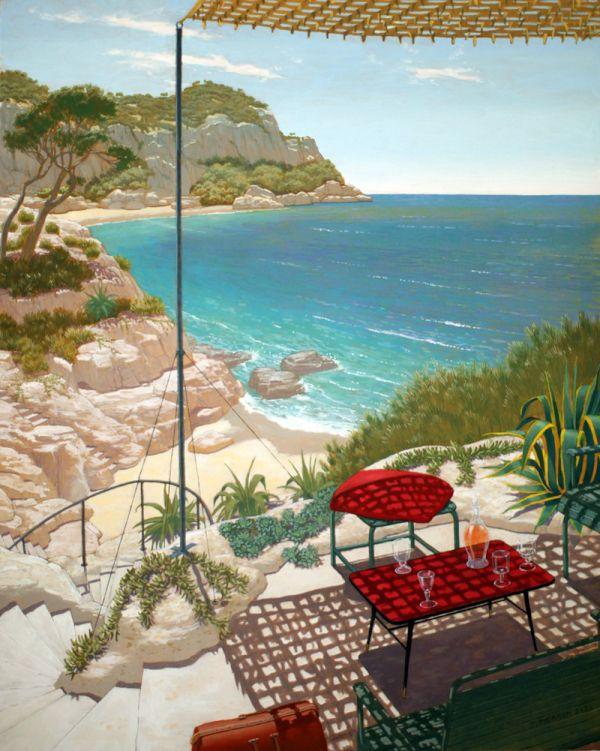