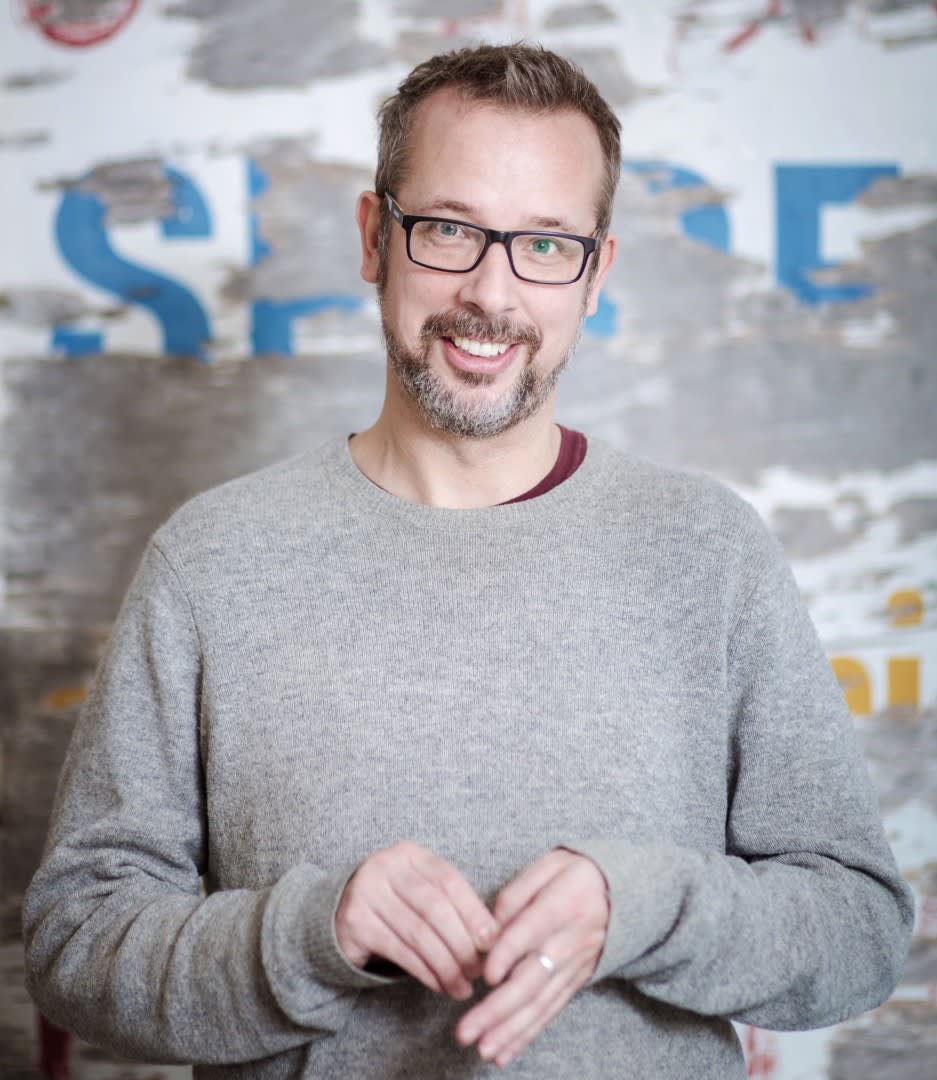 About the artist: Originally from the Midlands, Mark is now based in London and works out of his East London studio to create bold, geometric works which straddle a unique space between fine art, interior design, sculpture, public installations, and street art. With a background in visual design and as a trained graphic designer, Mark’s artworks reflect this blend of visual arts with graphic and functional design.
His works, using a variety of media, mostly with wood as the principal element, often explore themes of structure, space, and our own personal interaction with the built environment. Recently Mark has been focusing on making stand-alone artworks, creating one-off pieces utilising laser cutting and spray painting to bring his art to life. Mark relishes the freedom these techniques offer, as they allow him to create sharp clean lines and edges, as well as a skilfully controlled colour palette. As a result, his final pieces are constructed works which are striking in their composition.
SUCCESS
Mark has exhibited widely in the UK and internationally and has undertaken a number of public art commissions and artist residencies abroad. His portfolio includes many collaborations with interior designers, architects, and public bodies, for which he produces hand crafted, geometric art for both private and public spaces, and his pieces often take the form of wooden feature walls, visually complex painted murals, and 3D installations. Past commissions have included work at London’s Olympic Park, murals for the Peabody Trust