About the artist: Paul and Linda, who live in Sidmouth, are talented local potters who we were lucky to find to produce a superb second generation range of Beer Mugs, Jugs and Goblets.

After attending Southport and Bournemouth Colleges of Art , Paul and Linda did a specialist pottery course at the Harrow Pottery Studio. In 1980 Paul became the Production thrower at Harefield Pottery in Hertfordshire. Two years later Paul and Linda re-established Invermoriston Pottery in the Highlands of Scotland. They then moved to the Wharfside Pottery in Devises,Wiltshire where they produced slip decorated earthenware. In 1985 they established Branscombe Pottery at Bulstone producing a wide range of reduction fired stoneware. Currently they are producing a range of ware specifically designed for the quality cider makers throughout Devon, Dorset, Somerset, Herefordshire, Kent and Sussex as well as Marine House pottery. Linda is also a ceramics technician at Plymouth University.
Their Beer mugs and jugs are immensely popular. 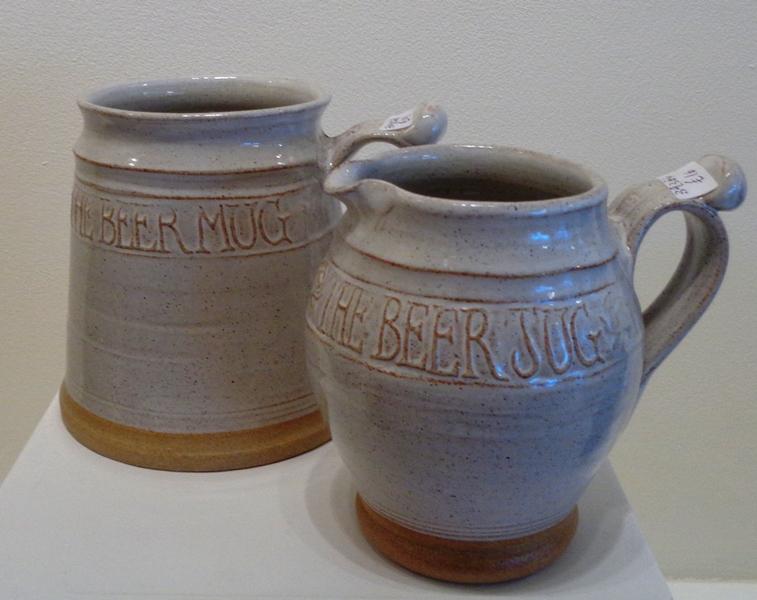 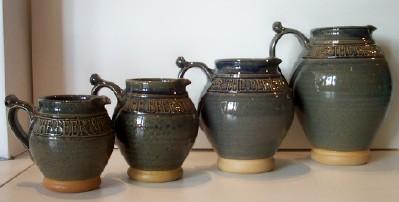 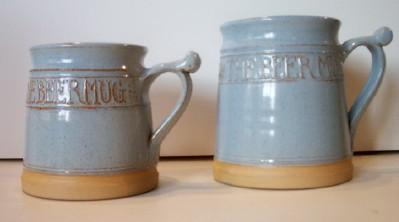 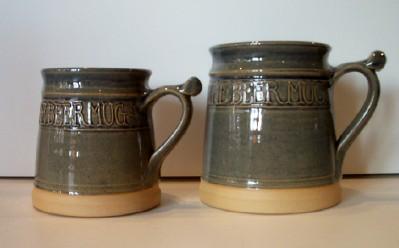